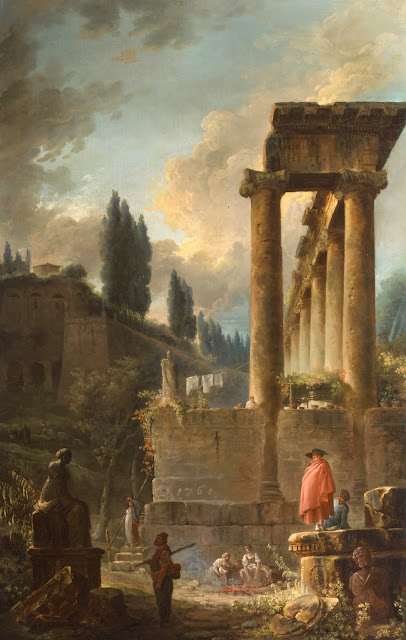 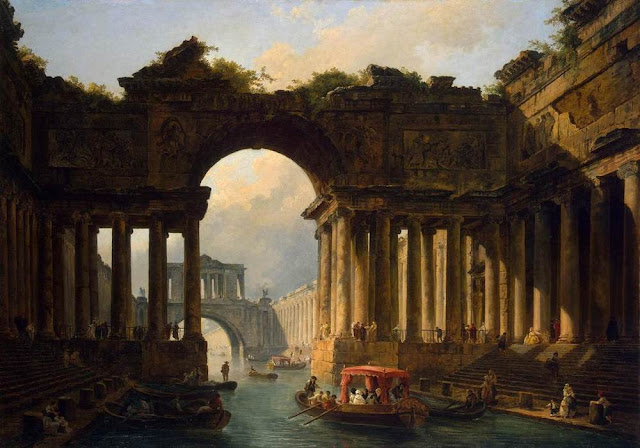 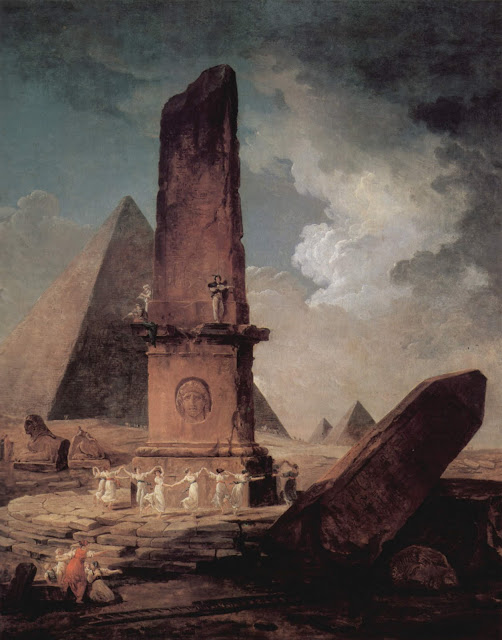 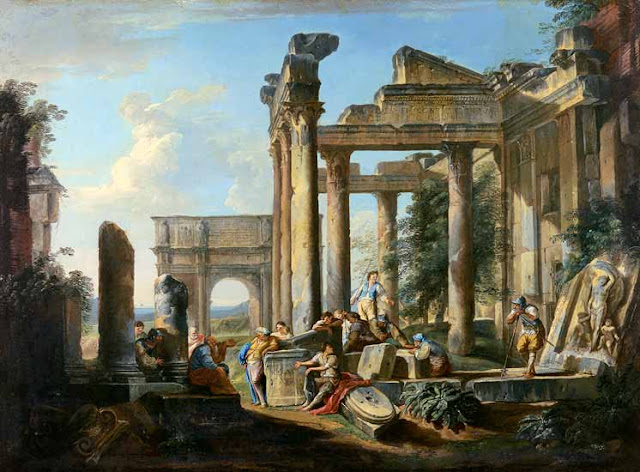 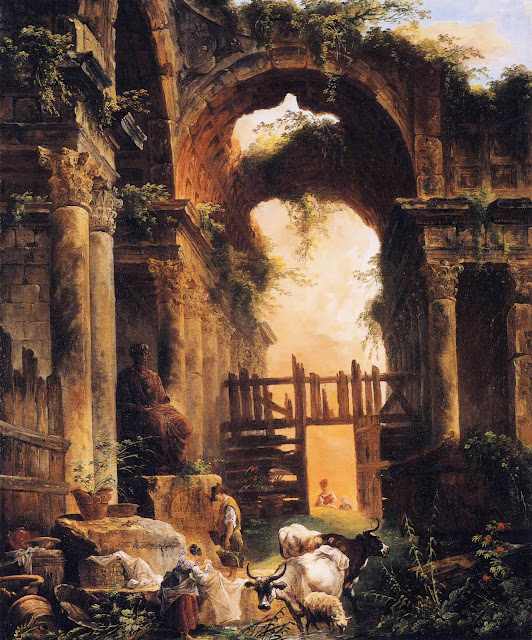 French painter Hubert Robert (1733-1808) went to Rome as a young man to study, then stayed on for more than a decade painting landscapes with ruins for the tourist trade. 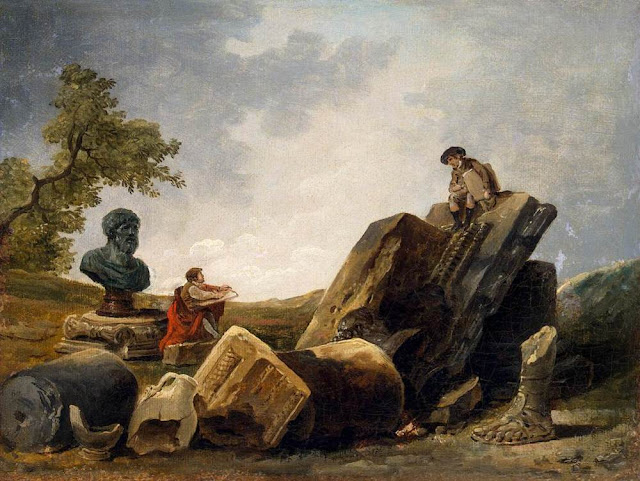 He became known as Robert des ruines – and continued to paint similar scenes from memory even after his return to France. Robert also found numerous French-Roman ruins to paint, as below, in Provence. 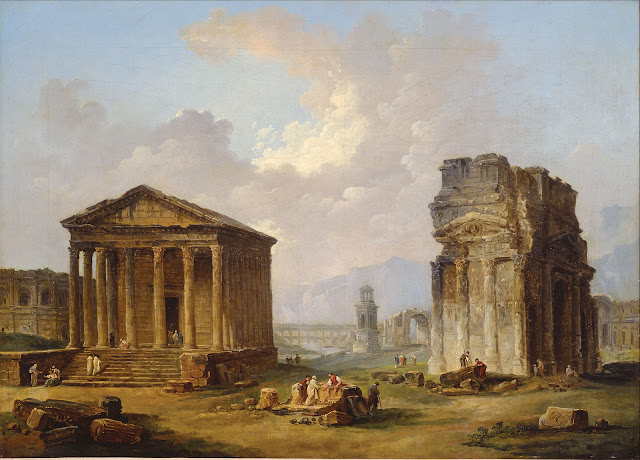 Having served as "Keeper of the King's Pictures" Robert was imprisoned during the Revolution and came close to execution several times. After Robespierre's fall, Robert was rehabilitated and invited to join the committee that supervised the revolutionary project of turning the Louvre into a public museum. 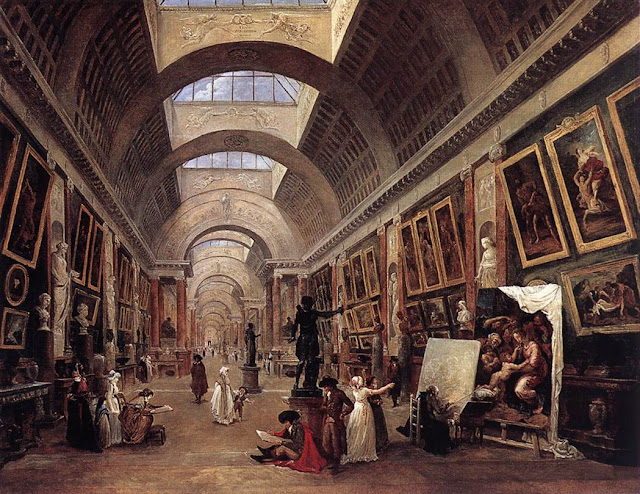 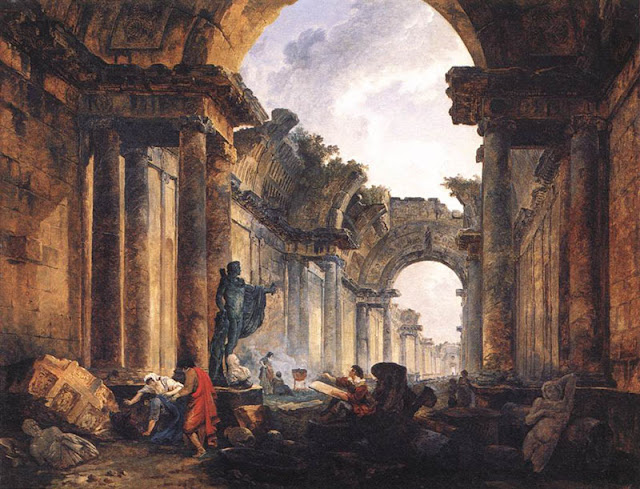 Robert even went so far as to paint (immediately above) an "imaginary view of the Grande Galerie of the Louvre in ruins" – thereby combining his arts-administrator self with his dilettante-antiquarian self.

Obviously, this man's life is just waiting to be made into a novel. First, youth and Rome and liberation into imagination. After that, a favorite at the court of Louis XVI and Marie Antoinette. Then, barely surviving the Revolution. Later still, a cultural commissar creating what turned out to be the most famous museum in the world. Reading about the fall of Robespierre reminded me of reading A Place of Greater Safety by Hilary Mantel, a book that sticks in my mind as the most convincing historical novel I have personally read. (With a close contender being The Blue Flower by Penelope Fitzgerald.) 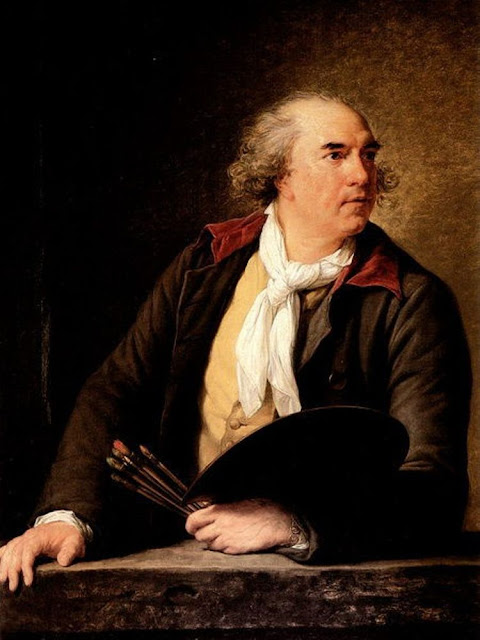