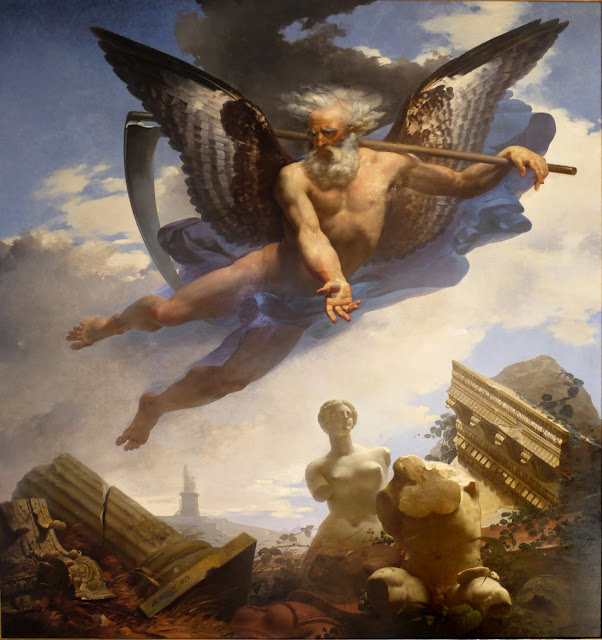 Jean-Baptiste Mauzaisse (1784-1844) was a moderately successful Salon painter during the second quarter of the 19th century. The work above was commissioned for a ceiling in the Louvre, where it can still be seen depicting Father Time uncovering actual ruinous surviving  masterpieces of art from the Classical past. 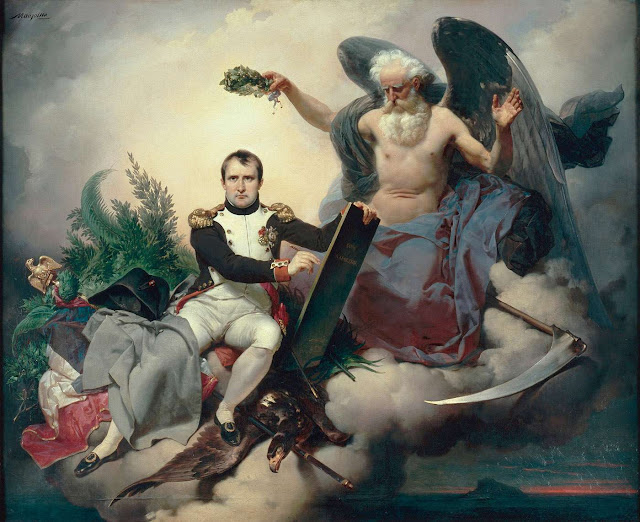 Mauzaisse seems to have done a great trade in idealized and imaginary depictions of the recently-ended Napoleonic era. We see familiar Father Time doing double duty with the laurel wreath (which asserts that Napoleon attained the same stature as the Great Conquerors of the Ancient World). Napoleon's death-bed scene (two views below) must have been more-or-less based on the published descriptions of the few courtiers allowed to accompany the Heroic Monster to St. Helena for the final exile.Or perhaps Mauzaisse had access to an authentic drawing or other on-scene depiction. Perhaps he made the whole thing up. 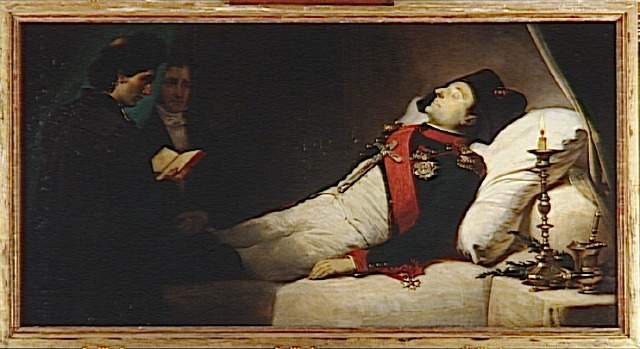 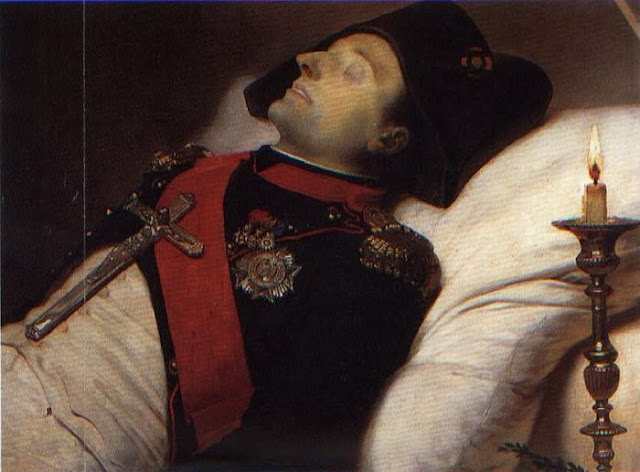 From what I can discover, no genre was safe from Mauzaisse. His Baroque-style mythological spectacles, his gilt-framed aristocratic portraiture, his decorative cherubs, his Orientalist fantasies were apparently produced in a sort of random jumble for the market. They share little visual resemblance with one another. What they share is insincerity and emptiness. For surely this painter's work is a beautiful example of the actual deadness of the average, professional-level "Salon Painting" that so violently disgusted the Impressionists (who were just about to appear on the scene). Strange also to contemplate the fact that Jean-Baptiste Mauzaisse was a near-exact contemporary of the great and very-much-alive Salon painter, Jean-Auguste-Dominique Ingres. 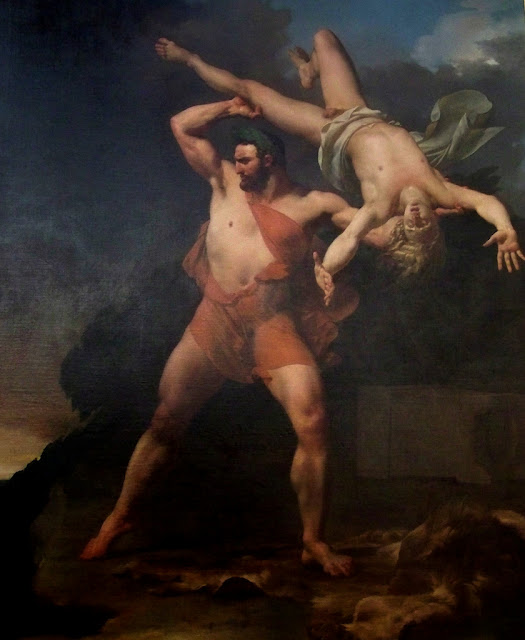 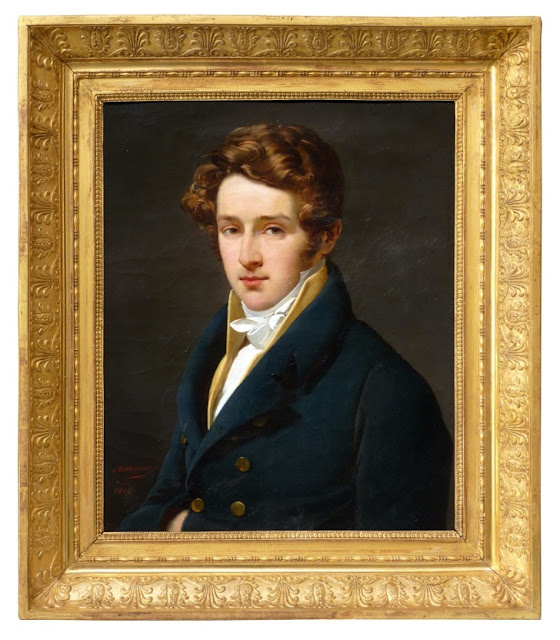 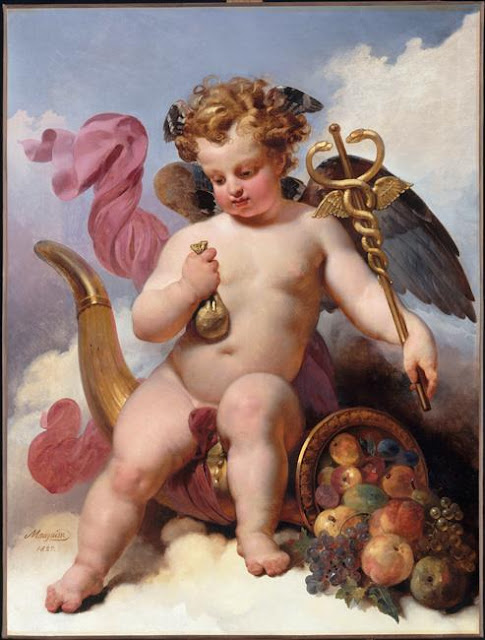 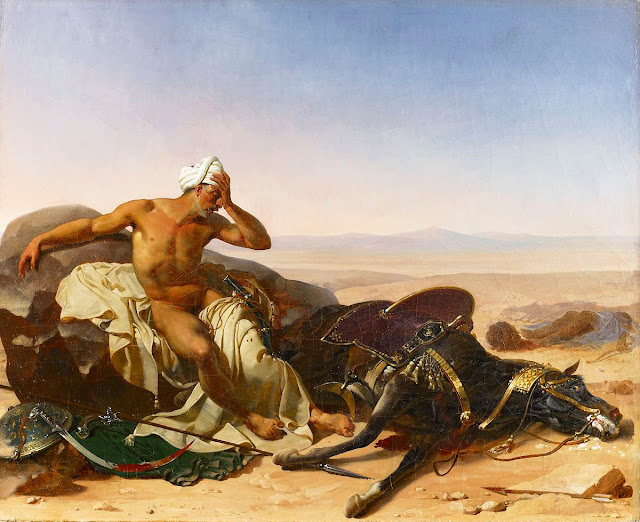